Heaven Changes Everything: The Homecoming

Ben is in heaven.
He took his last breath here and first one in heaven last night around 8:05pm. May 5th, 2009 was his Birth Day. May 13th, 2014 was his Heaven Day.
I was on the back deck with Jack and Meg after movie night. The kids were in their pajamas, their hair still wet from their baths. It was a beautiful, peaceful night. The sky was a deep blue and the deck was slightly wet from the rain earlier. I sat in the rocking chair and the kids just stood outside and breathed in the fresh air. It felt good to have gotten to a point where Ben was comfortable. We had a rough night the night before, with him grabbing for us and wanting to be held the entire night. He seemed anxious, unsettled, and in pain. He didn't eat anything, drank little, and his catheter collected smaller and smaller volumes of urine. The nurses came that morning and prescribed some stronger medication to keep him comfortable. After being up all night, he slept soundly all day, waking up only for a few minutes with me around 5pm, to be moved onto his back and hold my hands. I felt pretty good about where we were. Chances were good that we would all sleep well tonight, I thought.
Andy ran to the back and whispered, "Min, I think Ben just passed."
What? But this is too soon! We weren't expecting this until the weekend, perhaps. Not now. We're not ready! We never prepped Jack!
Andy said that he went to give Ben his medication and his jaw was clenched, which was kinda unusual. He called his name, shook him, and he took a breath. Seconds - those long, drawn-out seconds - passed before he took another. That's when he ran and got me. The kids were amused with worms on the deck and so I ran to Ben's side. I kneeled on the floor next to him and felt his warm chest. He took another breath. We waited. And waited. For what felt like an eternity. He didn't take another. I suddenly forgot how to take a pulse. I felt his wrist, his neck, his chest. And convinced myself that I wasn't doing it correctly. I should feel a pulse. We put our heads against his bare chest and waited. Nothing. Then we saw bubbles foaming from his nose.
Oh, my word. He's gone. Our baby boy. He's gone.
We just looked at each other in a stunned silence. We didn't know what to do first. Do we call the doctor? Call our families? What do we tell Jack? We still have to put the kids to bed! We can't let Jack sleep downstairs tonight with Ben and Daddy (like he's been doing for the past few nights,) especially if there'll be people coming over to assist with Ben.
Okay, let's get the kids to sleep. Then we can react.
Thankfully, the kids went down really quick. Jack said he wanted to sleep in our bed and so we gladly appeased. I don't know how God gave me the strength to get those "Jesus Loves Me" last night. But He did. And I felt confident with each word. Oh, how He loves these kids. When I came downstairs, Andy and I collapsed in each other's arms.
As drawn-out as your child's illness may have been, nothing - absolutely nothing - can prepare you for that moment when your realize they're gone.
Members of both sides of our families came over to comfort and grieve with us. Hospice nurses came to empty our huge supply of medication, and the funeral home came an hour later to take Ben's body to prepare it for burial.
It would have been a lot more emotional if it hadn't been for the knowledge that Ben wasn't in that body anymore. It was just an empty shell. The real Ben was already running around in heaven, enjoying the presence of our Creator.
As I went to sleep, I felt a tightness in my chest that was difficult to shake. Although there was a good possibility it was the five-year-old's feet kicking me in my own bed. As much of a comfort it was to know that Ben was comfortable in his forever home. Healthy. Full of life. And in Jesus' presence. I knew that there would always be a part of me that would miss him terribly. 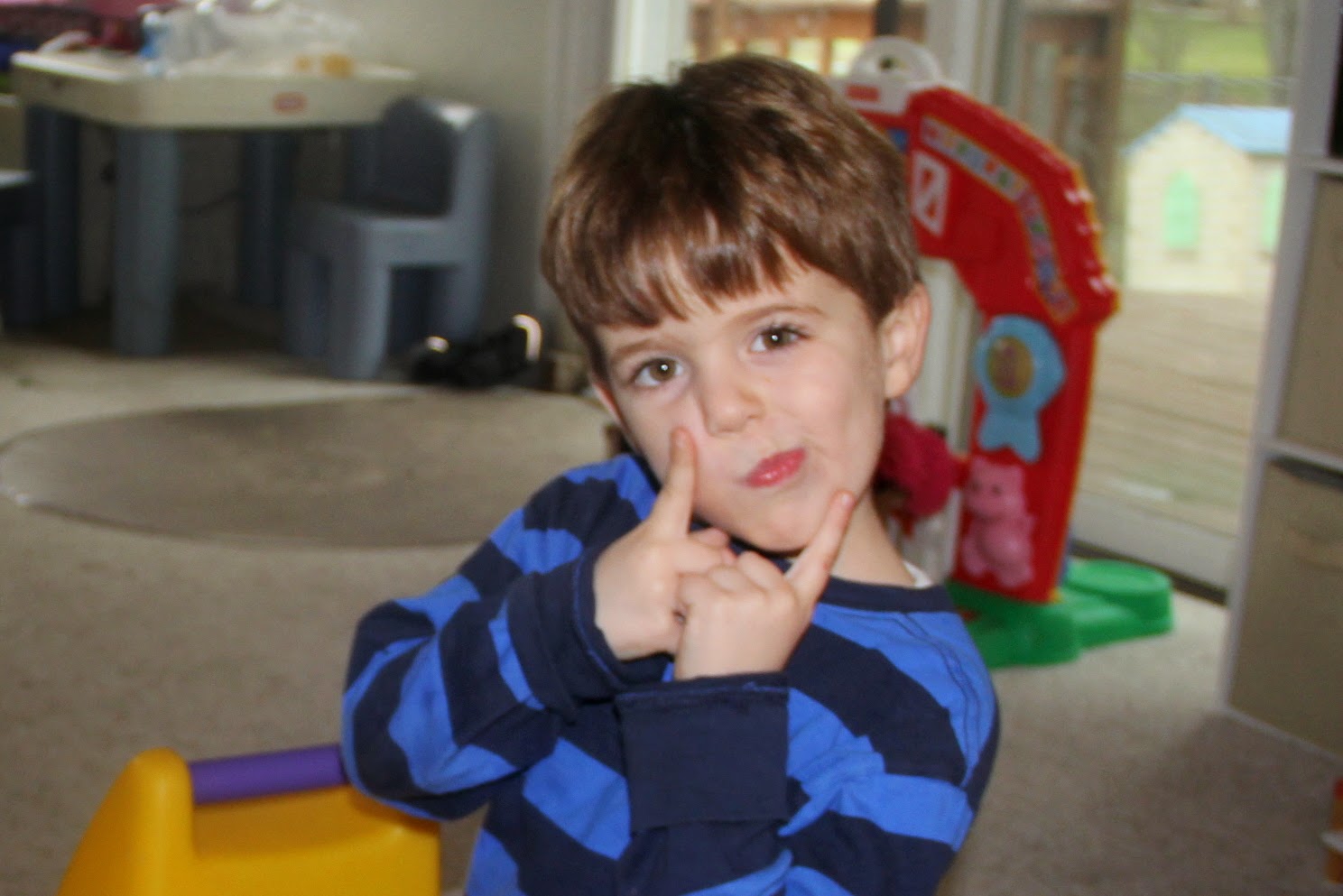 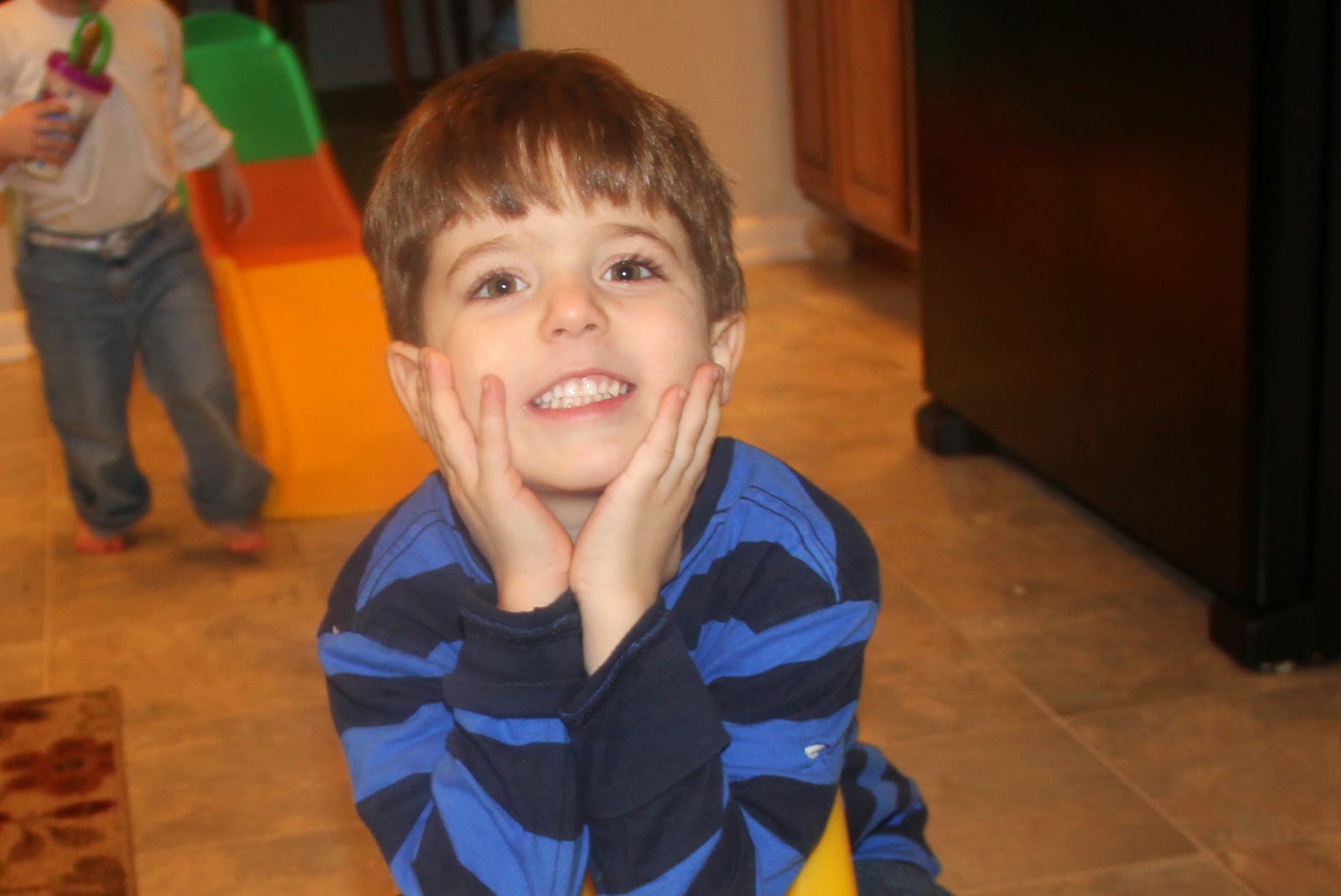 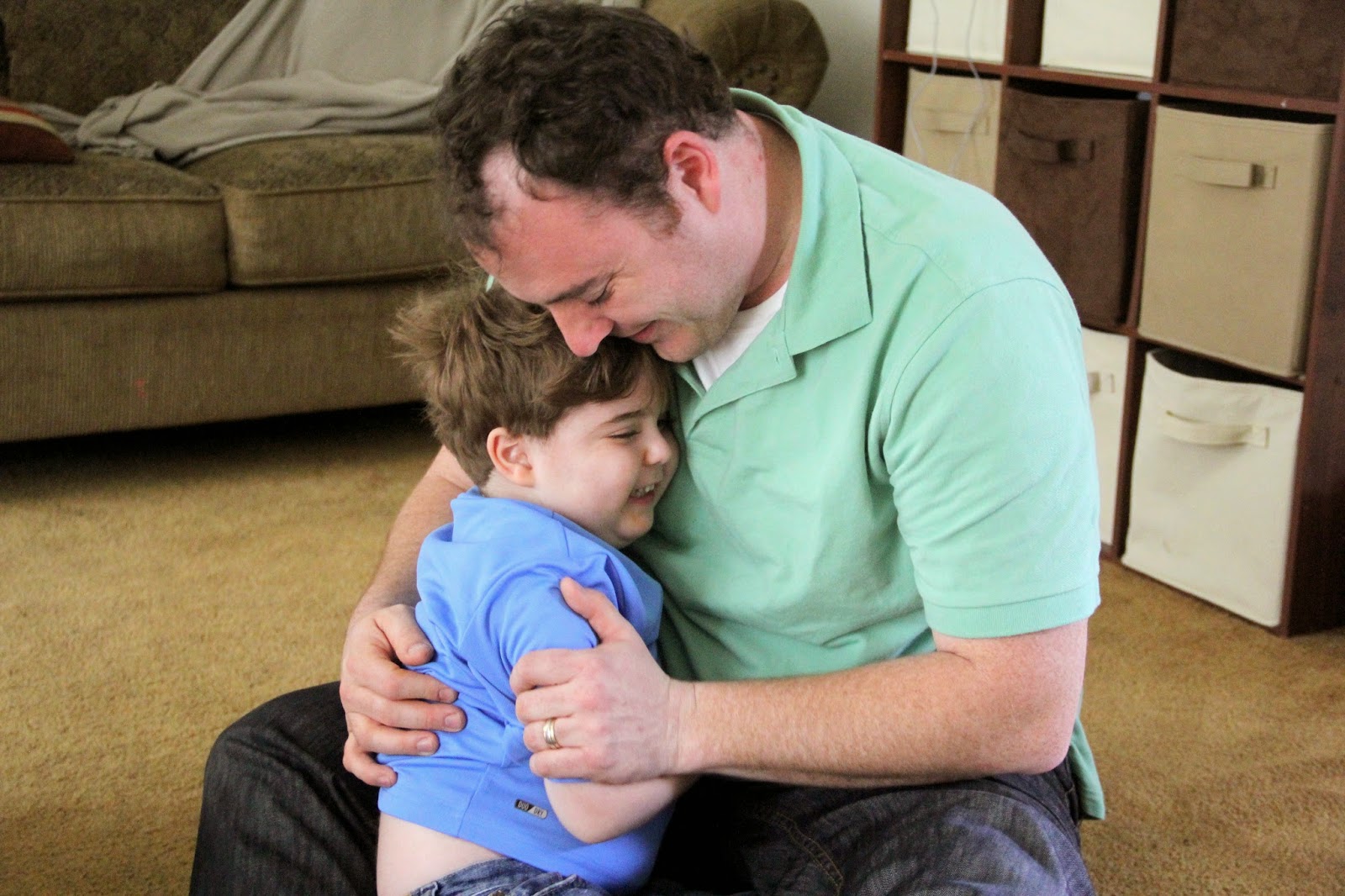 Photo taken March 28th
I'm really going to miss this little boy. He was a gift. But I echo the words as my younger sister Marissa wrote on her blog tonight:
"We mourn his loss on this end. Deeply. We always will. I don’t know that I’ll ever see our family as complete without him.

We might have lost him; but he’s not lost.

God has him.
God has us.

He’s just holding us on different ends of eternity."

Amen, sister.
See you on the other side, Buddy. Our lives are better because you were born. You accomplished more ministry in your 1,833 days of life than most people do with ten times that amount of time on earth. May you enjoy the jeweled crown you so appropriately deserved. Be sure to find the best spots to find frogs so you can fill in your brother when he joins you someday.
Everyone is welcome to join us for a service to celebrate Ben's life at The Chapel at 500 Crosspoint Parkway in Getzville, NY on Saturday, May 17th, at 11am. Thank you so much for your prayers and support.
Posted by Mindy Sauer at 8:32 PM