The City of Good Neighbors

When we first learned Ben's initial diagnosis, I thought this would be a private family struggle. Well, maybe not private. But I never could have imagined even a portion of the prayers and support we have received. Not even a fraction.


I grew up in Clarence, NY, a small-town-feeling community north of the city where everybody knew everybody. I graduated high school with more than three hundred people. And although I can't say I had each of them over at my house for a slumber party or to work on a school project, I feel confident in saying that I could still identify the names of each person, just by looking at their picture. And I could probably tell you the exact house where at least half of them grew up.


Andy grew up in the city of Buffalo, just a half-hour away. He graduated from a relatively small school, and still talks with, relies on, and gets together with his "crew" of guys from school, almost twenty five years later. When he sees someone he recognizes, all he has to ask is, "Where did you go to school?" before he can place them immediately. The city starts to feel really small when my husband starts dropping names and mentioning individual neighborhoods and corner stores.


Both of us were truly raised in the City of Good Neighbors.


Ben currently has more than twenty thousand people following his story on Facebook. And for a little boy that can only count to twenty-three, that's incredible.


Twenty-three, you ask? Yes. Twenty-three. Not even twenty-four or twenty-nine. His brother, too. And when they play hide-and-seek, they generally count to seventeen. I don't know. I guess you'll just have to take my word on the fact that they really are smart kids.


A friend of mine petitioned a few structures across the area to go Blue 4 Ben to show their support. The result is just breathtaking. 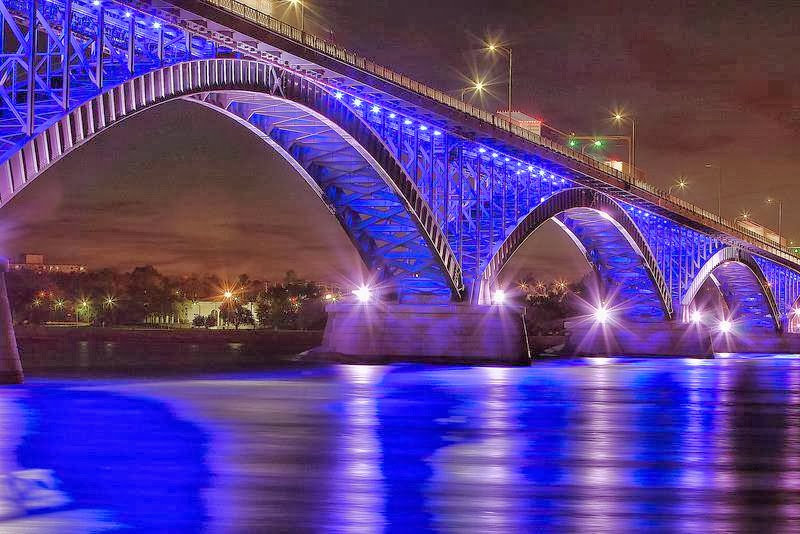 The Electric Tower will be lit Saturday, 3/8 and Sunday, 3/9. And CIR Electric lit up their new canalside building downtown for Ben tonight, too. (Blogger wouldn't let me upload either of those photos!) And if you were to drive around our neighborhood, you would see many front porches lit up, blue4ben.

As if that wasn't overwhelming enough. Today, we learned that one of our own Hometown Heroes, Andre Reed, will be endorsing a Buffalo-themed shirt for Ben through 26shirts.com, a charitable organization. The first shirt to be endorsed by a player ahead of time! The shirt will be sold beginning March 17th and will only be sold for two weeks. I grew up cheering on Andre Reed and the Buffalo Bills in the 90s when I was in elementary school. How is it possible that he Andre Reed is now cheering on MY son?

Western New York truly is home to the City of Good Neighbors, a grace that has extended all over the nation and across the world. Ben may only be four years old and able to count only to twenty-three, but the number of people cheering him on and praying for God to grant him a miracle... that number is much higher than we can even imagine.

Thank you. So very very much.
Posted by Mindy Sauer at 6:58 PM