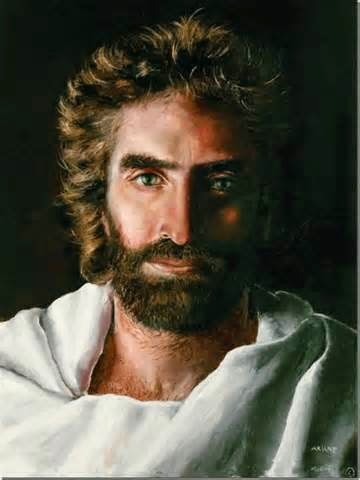 Painting called "Prince of Peace" by Akiane Kramarik, age 8. She also visited heaven as a child and then recreated this image of Jesus. Years after Colton's visit to heaven, he verified that this was the closest rendition of Jesus that he had seen on earth. Their stories matched. Heaven truly is for real.
I still cannot tell you how much I just want to jump ship right now. Throw the towel in and admit, "Okay, we've had enough. We'd like to get off this rollercoaster now!"
But... God.
As much as I'd like to see Ben grow into adulthood and share with others the miracle God played in his life, I want him to see heaven. I want him to be with Jesus. I want him to be himself again, but better.
Having God living inside of and all around you makes you think differently. God changes everything. Absolutely everything.
Quite honestly, I can't say that I won't continue to plead with God to change His mind. To spare Ben's life and continue his life of ministry here on earth for many many more years. I am still human, and a mom who selfishly wants her healthy four-year-old back. But I am so much closer to coming to terms with God's sovereignty than I was before. God is God. He is good. He knows the bigger picture. And He loves us - and Ben - so much more than we can imagine.
Having God changes everything. Absolutely everything. Including me.
Posted by Mindy Sauer at 11:53 AM